Glioblastoma Multiforme (GBM) accounts for about 15% of all intracranial tumors and about 60% of astrocytic tumors, it often occurs between the age of 45 and 70. Although it is rare, with an incidence of 2-3 new cases per 100,000 people in the United States and Europe, patients with GBM have a dismal prognosis, usually survive less than 15 months with standard-of-care therapy, and survival without treatment (at least surgery) is only 4-6 months.  Previous work mainly focused on the role of genes on GBM survival or on the maintenance of glioblastoma stem cells (GSCs).

Epigenetic regulation has been identified as a key player in GBM. In recent Nature Communications, Dr. Sachamitr and their colleagues first screened a library of 39 well-characterized epigenetic chemical probes in 26 patient-derived GSC lines (Fig.1, ref1).  They found GSK591 and LLY-283 as PRMT5 (protein arginine methyltransferase 5) inhibitors impairs the proliferation and sphere-forming capacity of GSCs and primary GBM cells in 46 patient-derived GSCs.  By performing RNA-seq, they show that PRMT5 inhibition causes widespread splicing changes, particularly affecting genes in cell cycling (Fig.2). More importantly, LLY-283 is brain-penetrant and significantly prolongs the survival of mice with orthotopic patient-derived xenografts (Fig.3).  Their data provide a rationale for the clinical development of brain penetrant PRMT5 inhibitors as a treatment for GBM. 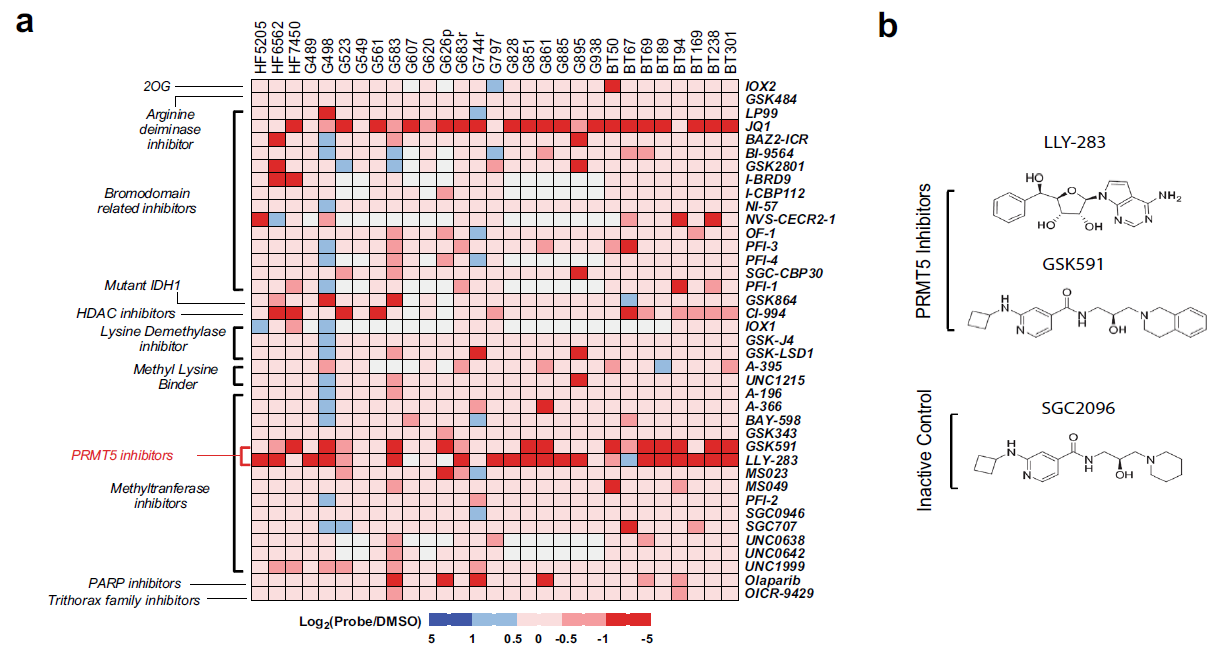 Quick Biology can assist you for RNA-seq and pre-mRNA splicing analysis. Find More at Quick Biology.