Antimicrobial resistance (AMR) is a serious public health concern, especially in Asian countries due to antibiotic overuse. The mechanism of antibiotic resistance is complex but is generally grouped into three broad categories: target modification, drug inactivation, and drug transport.

Figure 1: Classic evolution schematic and characterization. Triplicate populations were treated with no antibiotic, strep, carb, or Cipro at increasing concentrations from 0.08× to 40× MIC50 over 11 days (days 0 to 10). MIC50 = Minimum Inhibitory Concentration required to inhibit the growth of 50% of organisms. 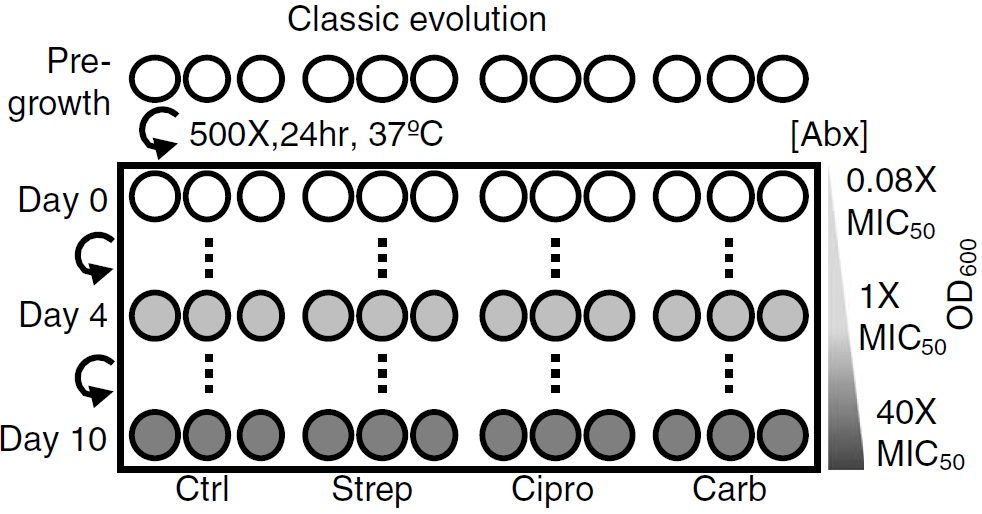 Figure 2: Metabolic evolution leads to acquired resistance with no obvious growth defect. Triplicate populations were treated with no antibiotic, strep, carb, or Cipro for a total of 11 days at 40× MIC50 for 1 hour at increasing metabolic states. Thirty minutes before antibiotic treatment, cells were equilibrated to a temperature that increased daily in 1°C increment beginning on day 0 at 20°C and concluding on day 10 at 30°C. After antibiotic treatment, cells were washed 2× in PBS and grown analogously to the classic evolution. 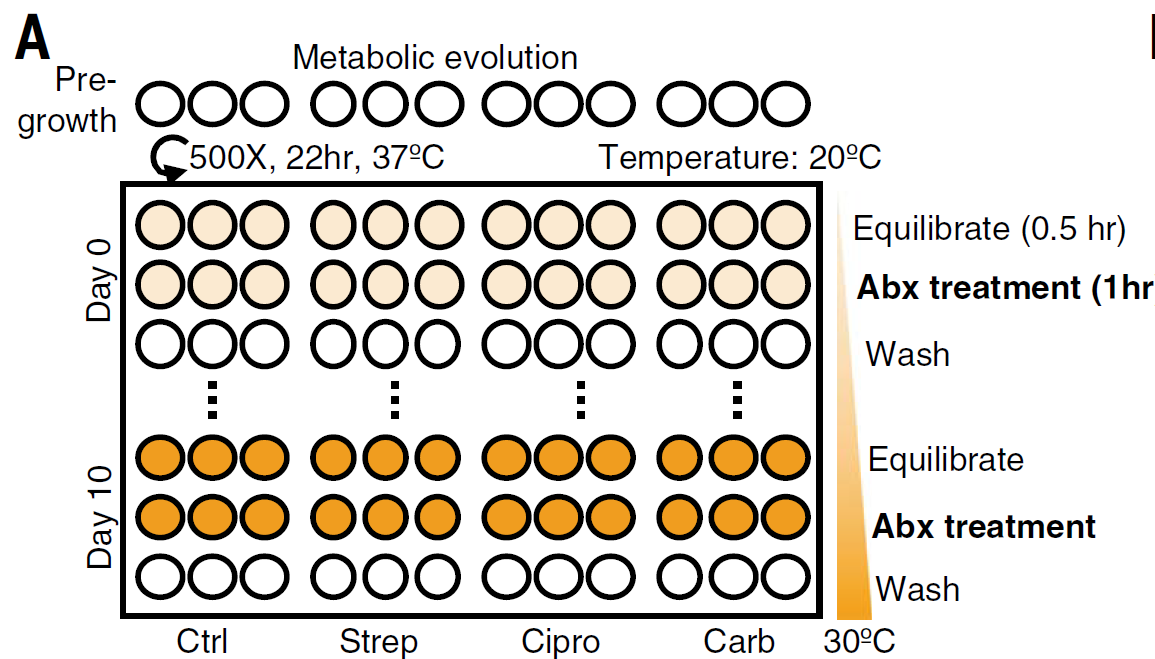 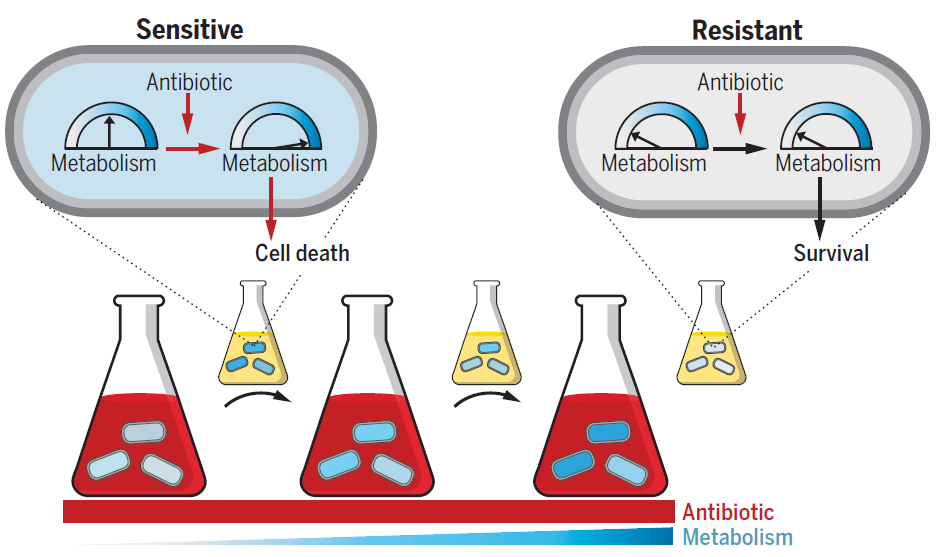